The beauty of this event is the lack of organisational hassle, we tell the organiser how many bikes we intend to bring, he then sends that amount of tickets and allocates stand space in the marquee. A table and chairs are also provided so it could not be easier. At least, not until the bikes all arrive! As Spike Milligan said, “if you don’t have a plan, you can’t fail” and he was right. We didn’t have a plan but after a certain amount of ‘discussion’ and opinions aired, we eventually got everything in the right place and set up.

With all the pop-up pictures, banners, sail flags and Dick Faggetter’s excellent board of scrambles pictures, our stand had to be the most professional in the place (he said smugly!). Committee member Jack Chalk had handled all of the invitations, tickets and who was bringing what and the results spoke for themselves. We had a total of 16 bikes on display which gave a good representation of the Thundersley years of production. 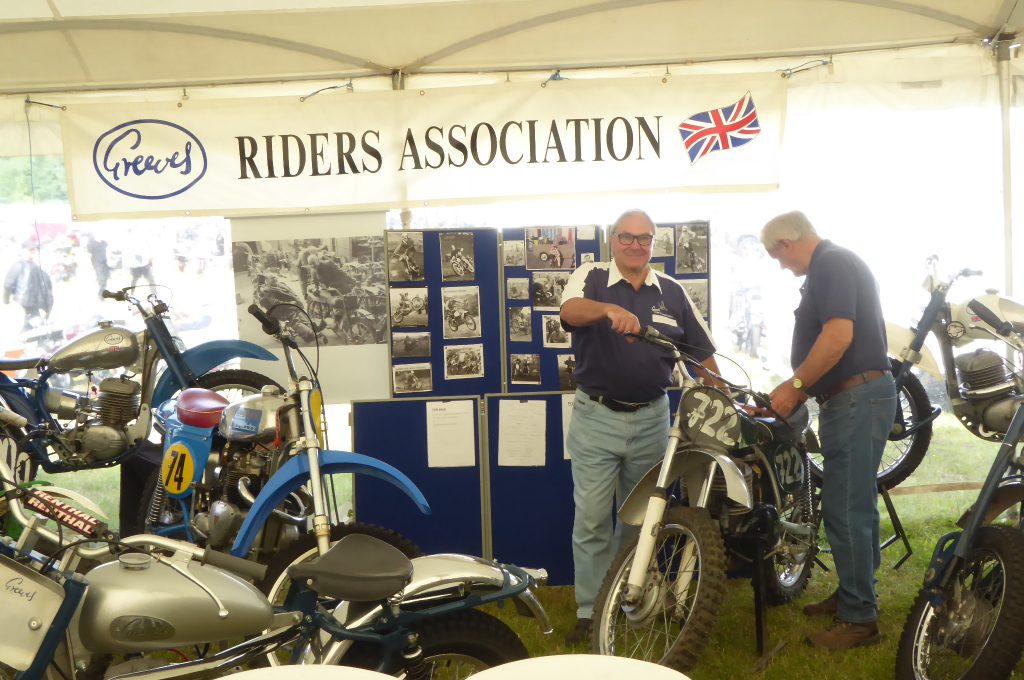 Works rider Chris Cullen brought his TES plus a freshly-restored Scottish, both immaculate. When I pointed out to Army Motorcycle Association man Mike Tizard (who brought along his trials Grumph) that Chris had been an Army rider in both the Scottish and the ISDT, they were both soon in enthusiastic discussion!

For the second Sunday running, the weather was perfect and visitors arrived in droves. We signed up 3 new members and some regalia items from the ‘Roving Regalia’ box. With a huge autojumble, and plenty of other displays, there was a lot to see in the time available. Judging by the turnout, this is now a major event and well worth attending. We were even graced with a short flying display by Spitfire which added to to what is always a very special event.

We eventually cleared away and packed the stand in my long-suffering car and it just remained for GRA Duty Hooligan Mike T (who rode his bike to the event) to pull a wheelie in the almost deserted maquee and that was the end of another very successful GRA event.

Next up will be the Kendal Classic Club’s Nostalgia Week up near Kendal, an event ideal for our northern members – don’t miss it!!