Having a club stand at this event was initially the idea of local member Alan Critcher. Alan made the arrangements with the organisers and set up the stand. The GRA Official Events Support Unit (i.e. me!) then arrived with the sail flags, banners and roving regalia box and we were complete.

The whole event runs from the Thursday until the following Monday with various trips out into the superb Kent countryside. It is a very popular event and attracts riders from overseas and as a result, quickly fills up. The Sunday events of autojumble, gymkana and various other displays in the ring are open to the public who have not entered the whole gathering. 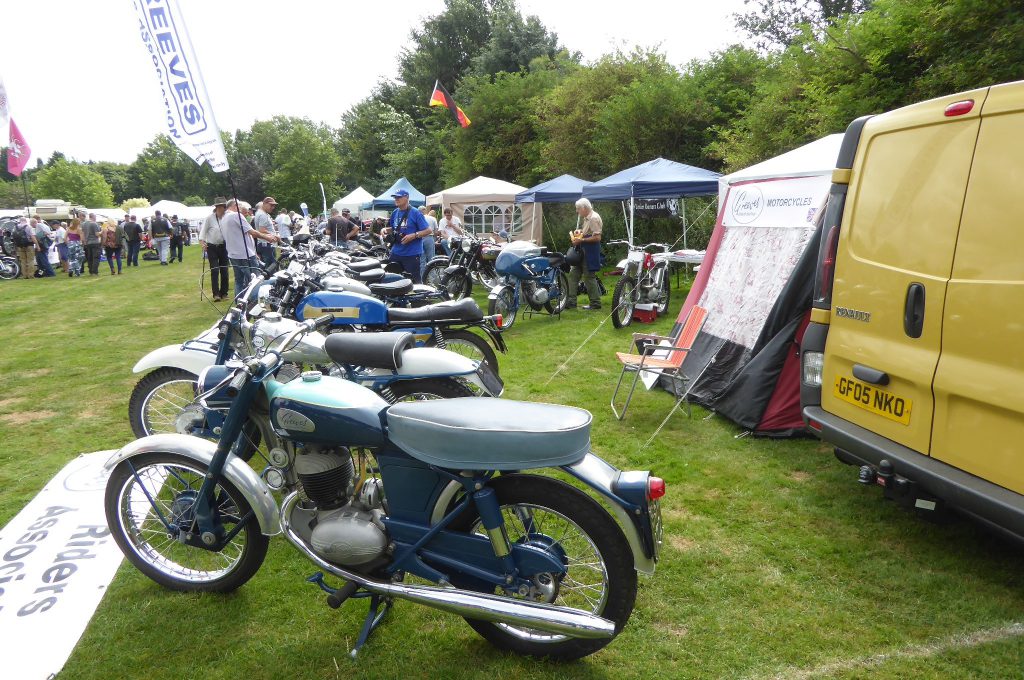 Alan also provided the bulk of the bikes on display plus he had a BMW sidecar outfit in the ‘Competition Shed’ which he started up as part of the show. We had a steady trickle of visitors to the stand including a chap who joined up and bought some regalia. He then went home and came back with a pile of Villiers engine parts for me to identify as he is in the process of building up a Scottish!

Also in said ‘Shed’ was GRA member Rod Morrad with the Hawkstone he successfully campaigned at Canada Heights in Kent from 1959 until 1964. His display also featured his old crash helmet and a board of action photographs.

We ended up recruiting two new members, selling some regalia and meeting and chatting to some very interesting people including a couple of people who could provide some interesting material for Leading Link.

Many thanks to Alan for organising the stand. This was a prime example of a member helping the committee to make things happen. If you have a favourite event near you that you think would be worth having a stand, please get in touch!