Unfortunately this year Dave Harper or his assistant were unable to organise the motocross / grasstrack demo. Dave has not been too well of late and simply was not up to it. However, he was determined that Greeves would feature in the show and summoned his mates to turn up with as many bikes as possible. He also ensured that the GRA was going to be present.

The GRA stand was transported to Battlesbridge by myself and son Ian and Dave had very kindly provided a Gazebo for us to use. We soon had the banners and sail flag erected and set about laying out the ‘Roving Regalia’ box, complete with yet another new consignment of tee shirts. Committee member Andrew King came along and was soon pressed into service! John Wakefield rode his road bike down from Cambridge and was soon chatting to visitors and played a very useful part in the proceedings.

Terry Sewell had his van in the line-up selling his wares so all in all, with plenty of Greeves on show, it was quite a display. Mike Meadows brought along his scrambler which he invited people to count how many different models it was made from. He also had a display of Parkinson-barrelled engines as featured recently in Leading Link. Mick Wall turned up with 3 bikes on his trailer and added to the trials side of the display as my Anglian was quite lonely!

Due to having only just got back from holiday (my excuse!), I had not got round to cleaning the Anglian and displayed it complete with its Somerton number and mud! There were obviously not too many chromosexuals amongst the judges as our rather purposeful display of machinery won us ‘Best Club Stand in Show’! Combining that with healthy regalia sales meant a very successful day and well worth the effort. Yet again, the GRA should be grateful for the enthusiasm of Dave in the name of Greeves. I rather think the event was good for Dave and he certainly looked a lot more cheery afterwards than I have seen him for a long time! 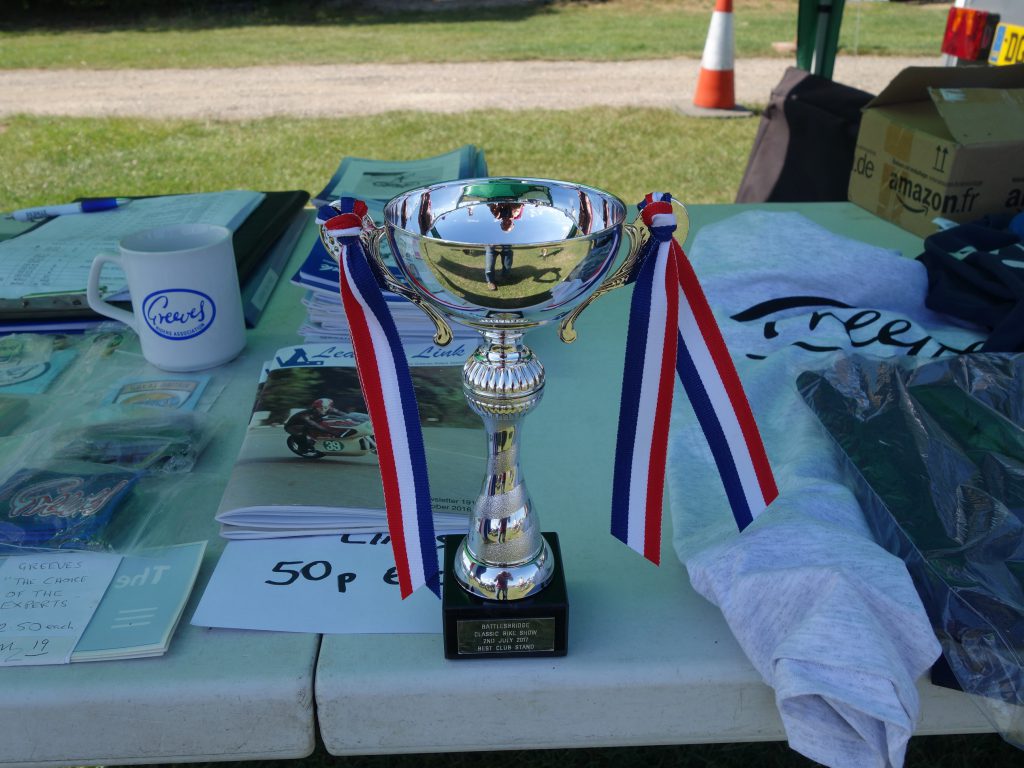